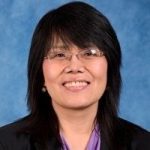 In 1917, Gen. John J. Pershing brought 527 Chinese refugees from Mexico. These men had attached themselves to the punitive expedition conducted by Gen. Pershing in pursuit of the Mexican revolutionary leader Francisco “Pancho” Villa from 1916 to 1917. When Pershing withdrew, aware that the lives of the Chinese who had served his troops were in danger, he requested official permission to grant asylum to the Chinese. The majority of the Pershing’s Chinese refugees were sent to Fort Sam Houston in Texas, where the U.S. government employed them as “army wards,” working as unpaid laborers in support of the war effort. There they remained confined until 1921, when they were finally released by special federal legislation that allowed them to live and work freely anywhere in the United States, but not become citizens. Most stayed in Texas, while a few made their way to Arizona. Lee Wee Kwon (1878-1965) was one of the Arizona-bound Chinese immigrants. He made Arizona his new home and played a significant role in the development and growth of Chinese enterprise in Tucson.

This program is being cohosted by the Arizona State Museum, The University of Arizona. For more information, visit their webpage here.

Li is currently a faculty associate at Arizona State University. She was an AZ Speaks Road Scholar from 2015 through 2017. A recipient of the C. L. Sonnichsen Award for best article in The Journal of Arizona History in 2011, her writings, concerning topics ranging from Chinese history to Chinese-American history, have appeared in The Journal of Arizona History and some major magazines and newspapers in both Taiwan and mainland China. Li received her doctorate in East Asian studies from the University of Arizona in 2004. Since graduation, she has taught at several institutions, including Embrey-Riddle Aeronautical University in Prescott.