Polish Christians, Political Prisoners and Martyrs in Auschwitz and Buchenwald 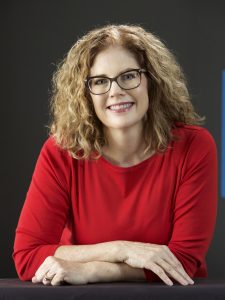 This workshop begins with an overview of German concentration camps of World War II from 1933-1945, and then focuses on two specific camps: Auschwitz in Oświęcim, Poland, and Buchenwald in Weimar, Germany. The Holocaust of six million Jews remains the best documented genocide in history, yet it is a subset of World War II history and Nazi terror. This discussion will focus on the suffering and murder of other categories of prisoners who are far less recognized and studied, and includes photos, original documents, and the voice of Henry Zguda, an Arizona resident until his death in 2003. Zguda survived both Auschwitz and Buchenwald from 1942-1945 as a Polish (Catholic) political prisoner. His experience offers a window to millions of others murdered by the Nazi regime, and a comparison of concentration camps built in Germany beginning in 1933 vs German death camps built in Poland after 1940. PowerPoint.

Katrina Shawver is an experienced writer, speaker and author of the award-winning book HENRY: A Polish Swimmer’s True Story of Friendship from Auschwitz to America. She spent fifteen years researching Poland, WWII, and the Holocaust. The Polish American Congress of Arizona awarded Katrina their 2018 Polish Heritage Award and the Arizona Authors Association named HENRY the 2018 Best Nonfiction Book. She is a graduate of the University of Arizona and wrote for the Arizona Republic from 1997–2008. In Spring 2019 Katrina served as Writer in Residence at the Glendale Public Library where she presented multiple writing workshops.