Strolling into Nogales: Interwar Russian Migrations through the Southwest with Dr. Nina Bogdan 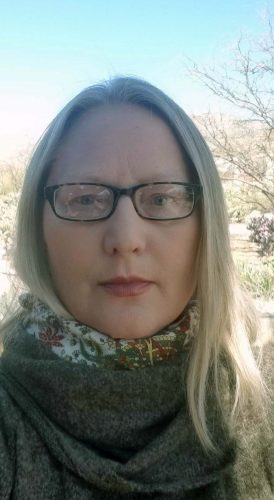 The Russian Civil War (1918-1922) displaced millions of Russian people, many fleeing to China and Japan. Events and circumstances in those countries, however, forced many refugees to seek sanctuary elsewhere. The United States accepted some Russian refugees, who had to apply for regular visas as they had no special status, but the U.S. drastically decreased quotas for eastern Europeans in the early 1920s. Consequently, some Russians traveled to Mexico and waited for opportunities to enter the United States across the U.S.-Mexico border. The quota limits, particularly after 1924, divided families, with some members living in the U.S. and others in Mexico, creating a stream of cross-border travel, often via Arizona. Complicating the situation for would-be immigrants, U.S. authorities automatically rejected unaccompanied women as “LPCs” (Liable to be Public Charges), leading to undocumented crossings as migrants made their way through Arizona to Los Angeles and San Francisco to existing Russian communities.

This program is cohosted by Pima County Public Library – Mission Library. This is an in-person event.

Nina Bogdan is a historian and translator. She holds a PhD in U.S. history from the University of Arizona and is currently an adjunct professor at the University. She is certified by the American Translators Association in the Russian to English language pair and worked for many years as a language analyst and translator in the public and private sectors. Her recent article, “Keeping to the Sober Truth: A Jewish Lutheran White Russian in San Francisco,” based on material drawn from her doctoral dissertation, was published in the Journal of Russian American Studies in May of 2021.