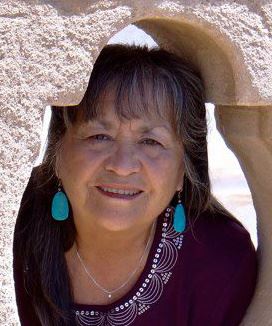 Meet Teresa Urrea, a curandera (spiritual healer) and reluctant political figure. She was born in Sinoloa, Mexico, in 1873 to a fourteen-year-old Tehueco Indian in the employ of Tomás Urrea, a wealthy hacendado (owner of a hacienda). When she was 16, she lapsed into a cataleptic state that lasted over three months. Upon awakening, Teresa reported that the Virgin had visited her and informed her that she had special powers to heal the sick and injured. From serving as an inspiration for Mexican Indian tribes revolting against the government to her exile from her homeland, Teresa Urrea lived a life that was anything but ordinary. 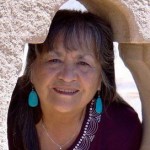 Elena Díaz Björkquist is a writer, historian, and artist based in Tucson, Arizona, but originally of Morenci, Arizona.  She is the author of two books, Suffer Smoke and Water from the Moon, and the co-editor of Sowing the Seeds, una cosecha de recuerdos and Our Spirit, Our Reality: Celebrating Our Stories. When not busy writing, Björkquist serves as a scholar and research affiliate with SIROW at the University of Arizona. She is the recipient of the 2012 Arizona Humanities Council Dan Shilling Public Humanities Scholar Award and the Arizona Commission on the Arts Bill Desmond Writing Award.