Who Are the Sobaipuri O’odham? – Tucson 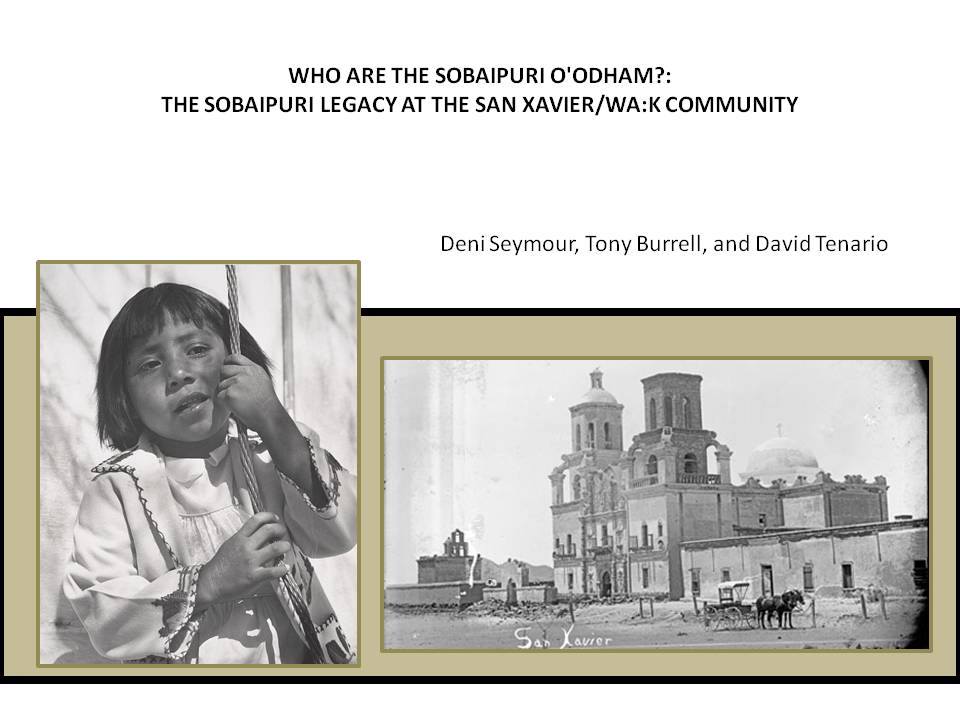 Over the last couple of decades much has been learned about the Sobaípuri O’odham who inhabited southern Arizona’s Santa Cruz and San Pedro valleys at the dawn of written history. However, their actual history differs substantially in many ways from commonly held notions. The archaeological and ethnohistoric research of the presenters provides new perspectives on where and how they lived, how long they occupied the valleys of southern Arizona, their relationship to the ancient Hohokam, and other topics. Special reference will be made to the Sobaípuri of San Xavier del Bac (Wa:k), where descendant populations reside. Dr. Deni Seymour is joined by her associates, Elder Tony Burrell and Cultural Specialist David Tenario of Wa:k, in presenting their video entitled “Who Are the Sobaípuri O’odham?” followed by interactive lectures and discussions. Through these means they strive to promote understanding of the human experience through the eyes of the Wa:k O’odham and their ancestors. Using discussions and interviews with Wa:k O’odham community members, the video and subsequent discussions highlight the issues of how public policy, politics, and economic interest have influenced our understanding of the Wa:k O’odham and how their heritage has been shaped and in some cases erased.