We are pleased to announce the addition of four new members to the board of directors: Julie Codell, Dr. Sharonah Fredrick, Dana Jamison, MD, and Emerson Yearwood.

Brenda Thomson, Executive Director remarked, “We’re very excited to welcome these extraordinary individuals to Arizona Humanities. They bring a wealth of experience, expertise, and enthusiasm for the humanities and come from diverse backgrounds in art history, anthropology, medicine and law. They will undoubtedly help us carry out our mission to build a just and civil society.”

Read below for bios and information about each new member. Individuals interested in serving on the Arizona Humanities board of directors can learn more at azhumanities.org. 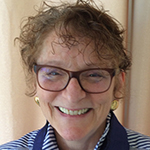 Julie Codell is Professor of Art History at Arizona State University and affiliate faculty in English, Gender Studies, Film and Media Studies and Asian Studies. She has a Ph.D. in Comparative Literature from Indiana University Bloomington, an MA in Art History from Indiana, an MA in English from The University of Michigan and a BA in English from Vassar College. She was Vice Chair of the Montana Humanities Council while teaching at the University of Montana, Missoula, and a grants evaluator for the NEH, the Australian Research Council and the National Humanities Center.  Her research and teaching interests are 19th-century European culture and the press, the British empire, 19th- and early 20th-century India, life writings and film. She wrote The Victorian Artist, and edited Transculturation in British Art; Power and Resistance: The Delhi Coronation Durbars; The Political Economy of Art; Imperial Co-Histories; and co-edited Orientalism, Eroticism and Modern Visuality in Global Cultures; Encounters in the Victorian Press, and Orientalism Transposed. She received fellowships from the National Endowment for the Humanities, Getty Foundation, Kress Foundation, Huntington Library, Ransom Center, and Yale Center for British Art. She has been president of 5 Victorian studies societies, board member of 8 professional organizations, and 6 scholarly journals. 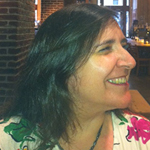 Dr. Sharonah Fredrick is Assistant Director of the Arizona Center for Medieval and Renaissance Studies at Arizona State University. She is an anthropologist and specialist in folklore and archaeology. Sharonah speaks, reads and writes four languages: Spanish, English, Portuguese and Hebrew, and her fields of expertise include: the Native American and Spanish colonial archaeology and history of the Southwest; Native American philosophy and folklore, and oral literature; Judeo-Spanish history and literature; the Chronicles of Conquests in the New World, and indigenous resistance. Sharonah has also researched and spoken about the Irish in the colonial Caribbean, and the effects of slavery on the development of New World culture. She teaches comparative programs paralleling Celtic, Native American, Biblical and Hispanic epics in literature, and is interested in cross-cultural communication and synthesis. 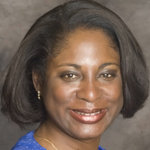 Dr. Dana Jamison is an orthopaedic surgeon, fellowship trained in sports medicine and specializing in Wound Care and Hyperbaric Medicine. As a physician she gave up the long hours of a sports medicine and trauma surgeon after her kidney transplant, and is now a faculty physician and orthopaedic consultant at Banner University Medical Center Phoenix and the Southwest Center for Orthopaedics & Sports Medicine.  She graduated from Harvard College with a degree in Psychology and Social Relations, attended medical school at the University of Illinois at Chicago, did her residency at the University of Medicine and Dentistry of New Jersey, and sports medicine fellowship at the Los Angeles Orthopaedic Institute. As a servant-leader much of her nonprofit and community involvement has been in arts & culture at Phoenix Theatre, ASU Piper Center for Creative Writing and the Phoenix Library Foundation; health advocacy at Donor Network of Arizona and the National Kidney Foundation, and African American experiences with the Alpha Kappa Alpha Sorority, The Links, Jack & Jill of America and Tanner Chapel AME Church. As a “lover of words” she will continue to be an advocate of the word and sharing it with others, supporting its access to all. 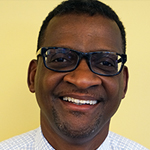 Emerson Yearwood has been a member of the legal team at Cable One, Inc., since joining the company in October 2000.  As Associate General Counsel & Director of Regulatory Affairs, he is primarily responsible for managing the company’s regulatory compliance and reporting for Cable One’s video, internet and VoIP services.  In addition, he also directly supports General Counsel and Assistant General Counsel in a wide variety of legal matters. Prior to joining Cable One, Emerson gained five years of cable industry experience with Falcon Communications and the Cable Services Bureau of the Federal Communications Commission.  He holds a J.D. from UCLA, an M.B.A. from the Yale School of Management, and a B.S. in City Planning from MIT.  His past board experience includes serving as the Chairman of the Black Alumni of MIT. Emerson is a native of Barbados and was raised in the Bronx, NY.  He enjoys travel, hiking and the occasional game of golf.