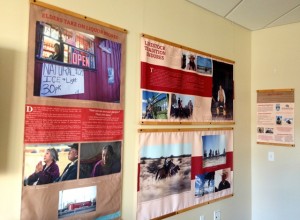 Dislocated:  Stories from the Navajo New Lands explores one of the largest and most expensive relocation programs the U.S. federal government has ever undertaken.  Following a decades-long land dispute between the Navajo and Hopi, resolved by the Navajo-Hopi Land Settlement Act of 1974, 3,500 Navajo families were relocated.  Four hundred of those families moved to a community known as the New Lands, which sits along I-40 in northeastern Arizona.

For many, the relocation brought great confusion and devastation.  Families found themselves facing myriad challenges, many of which were due to a total disruption of their traditional, and self-sufficient, way of life.  Though the New Lands residents’ transition has been far from easy, many are determined to remedy ills and create a healthy and thriving community.  Among those dedicated to such improvement include rancher Kim Yazzie and local government official Mae Horseman.  On November 13, listen to these women’s New Lands experiences, as well as those of Lawrence Ruzow, an attorney for the Office of Navajo-Hopi Indian Relocation, at a panel discussion to be held at the Native American Cultural Center on Northern Arizona University’s campus. 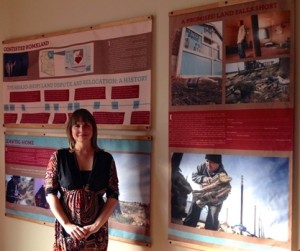