Arizona Humanities is pleased to announce the addition of four new members to the board of directors. The new members are as follows: Ryan Bruce, Mary Lu Nunley, Eshe Pickett, and Matt Rolland. 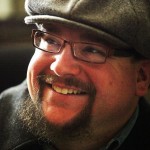 Ryan J. Bruce has served as the Executive Director of The Bisbee Radio Project (KBRP) since 2008.  Mr. Bruce began his career more than 17 years ago at WFHB Community Radio in Bloomington, Indiana followed by a number of years on Capitol Hill working on legal and policy directives at the National Federation of Community Broadcasters, which represents more than 400 community radio stations across the country. He assisted in the coordination and development of the convergence of the first Latino and Native American community radio conferences and currently works with Radio Cultural in Naco, Sonora developing a Media Education and Training Center. Mr. Bruce is responsible for the creation of the KBRP Youth Media Project, Borderlands Community Media Foundation, Bisbee Chamber Foundation, and Copper Chronicle Radio Program.  Active in the non-profit sector, Mr. Bruce is the owner of Post-Soviet Depression Press and Solfa Music and Books in Bisbee, AZ. He currently serves on the City of Bisbee Community Sustainability Commission and is the advisor to the City of Bisbee Youth Council. 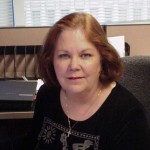 Mary Lu Nunley served on the Arizona Historical Society Board of Directors including terms as president and vice-president. In her positions with the city of Phoenix Water Conservation Office, she worked with Valley cities to increase awareness on where our water comes from and how to protect those resources. At Arizona’s Children Association, and with the Governor’s Community and Family Programs, she developed educational handbooks and videos for families and community organizations. Mary Lu also served on Congressman Jim Kolbe’s campaign staff and in his district office for more than 16 years. Now retired, she will continue to be involved in a variety of efforts to keep Arizona as the greatest place to live.

Eshe Pickett and Matt Rolland are part of the Manifesto Project Board Apprenticeship program. The Manifesto Project’s objective is to engage and develop young professionals through mentorship on non-profit organizations Board of Directors. 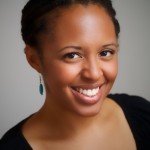 Eshe Pickett is a Cloud Automation Engineer at the Intel Corporation in Chandler, AZ; she has been with the company since 2005. In her role, Eshe is responsible for architecting, developing, deploying and supporting Internal, External and Hybrid Cloud computing for Intel Data Centers. Eshe participates in STEM outreach, specifically targeting women in engineering. She received her Bachelor’s degree in Computer Science from Northwestern University and her Master’s degree in Computer Science from the University of Chicago.

Eshe is an active community member who strongly advocates for civic and civil engagement. She is a graduate of Valley Leadership, mentored for 6 years with Big Brothers Big Sisters of Central Arizona, is a Precinct Committeeman in Legislative District 18, where she served as the Recording Secretary from 2010-2014 and is a member of the Arizona Democratic Party State Committee. Eshe believes that exposure to Arts and Culture is critical in the development of intelligent and useful design and feels the mission of the Arizona Humanities is crucial in retaining the human element in advancing technology. 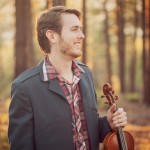 Matt Rolland is a touring musician and director of the Tucson-based Americana music label, Sky Island Records. He comes to Arizona Humanities as a Board Apprentice through the Manifesto Project.

Born and raised in Arizona, Matt graduated with BA’s in Economics and International Studies from the University of Arizona on the prestigious Flinn Foundation scholarship. He was a 2010 Fulbright Scholar to Zacatecas, Mexico where he researched economic development and rural migration, and returned to Arizona to work in the financial sector before pursuing music full-time. Matt is a two-time Arizona state fiddling champion and performs across the country with his folk and bluegrass band Run Boy Run.