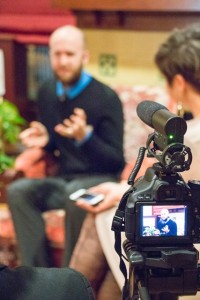 People’s State of the Union at Arizona Humanities

Every January, the President delivers a State of the Union address highlighting important issues from the past year and suggesting priorities for the coming year. It’s a broadcast from one to many. But democracy is a conversation, not a monologue. Understanding the state of our union takes “We the People” reflecting in our own communities on our challenges and opportunities locally, nationally, and globally. During the last week in January, Arizona Humanities hosted the People’s State of the Union with a diverse group of arts and culture leaders throughout Arizona to supplement the President’s stories with our own.

The People’s State of the Union, a U. S. Department of Arts and Culture (not a government agency) program was an invitation to dive in right here, right now. We told stories about challenges, about optimism and hope, funny stories and sad ones, angry stories and tales of longing and shared moments of truth. We listened deeply to the experience of fellow community members and in doing these things, we came to know each other. The People’s State of the Union was an act of full cultural citizenship, where every voice counted and every ear listened.

After the story circle event, each person’s story was transcribed and sent back to USDAC. Those stories will be woven together by poets with the hundreds of other stories submitted from across the country. The collaborative poem will be broadcast live as the Poetic Address to the Nation on February 20th at 5:30pm AZ time.

Here are two stories from the People’s State of the Union in Arizona submitted to USDAC. 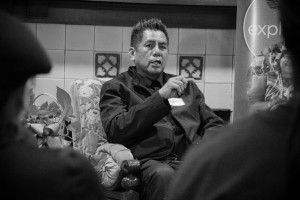 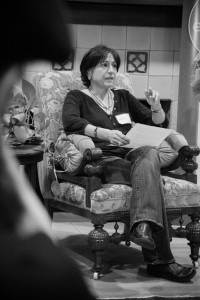 Maria: “Twenty-six thousand similar stories give or take some variation of the same theme. Their poor outcomes are shocking. Only 58% will graduate from high school by age 19 compared to 87% of all 19 year olds, half of them will be unemployed by the time they’re 24, over a fifth of them will experience homelessness, one in four will become involved in the justice system within two years, less than 2 percent will earn a college degree by age 25, and over 70% of the young women will be pregnant by the time they’re 21.  These kids are not numbers or letters on a piece of paper.  They all had hope for a bright future but were not given the opportunity to establish roots and were not afforded the supports we all need to succeed.”

The U.S. Department of Arts and Culture (USDAC) is the nation’s newest people-powered department, founded on the truth that art and culture are our most powerful and under-tapped resources for social change. Radically inclusive, useful and sustainable, and vibrantly playful, the USDAC aims to spark a grassroots, creative change movement, engaging millions in performing and creating a world rooted in empathy, equity, and social imagination.