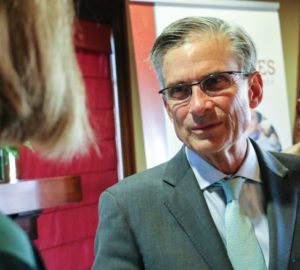 On May 22, NEH Chairman William ‘Bro’ Adams announced his resignation from the agency.
Soon after Adams arrived at NEH in 2014, he began leading a series of new grants and a special initiative titled: “Common Good: The Humanities in the Public Square.” Adams shared, “We wanted to show how important the humanities are to the really big questions that we’re grappling with as a country and indeed as a global community,” Adams said. “In these divided political times, we also wanted to remind people of the idea of the common good and to make clear how the humanities might serve to bring citizens together in advancing the general welfare of the country.”
Read about the announcement on the NEH website.
Share Post: