In the summer of 1929, aviator and world celebrity Charles Lindbergh walked unexpectedly into a small camp of archaeologists working in a remote canyon of northeastern Arizona. Two years earlier, the ‘Lone Eagle’ had won fame as the first person to fly solo across the Atlantic Ocean in his airplane the ‘Spirit of St. Louis.’ Now he and his wife Anne were on a pioneering mission of a different sort. Under the guidance of respected archaeologist Alfred Kidder, the young couple would fly across remote sections of the southwest in an open-cockpit biplane to locate and photograph major archaeological and geographical sites in the region’s first major use of aviation in archaeology. 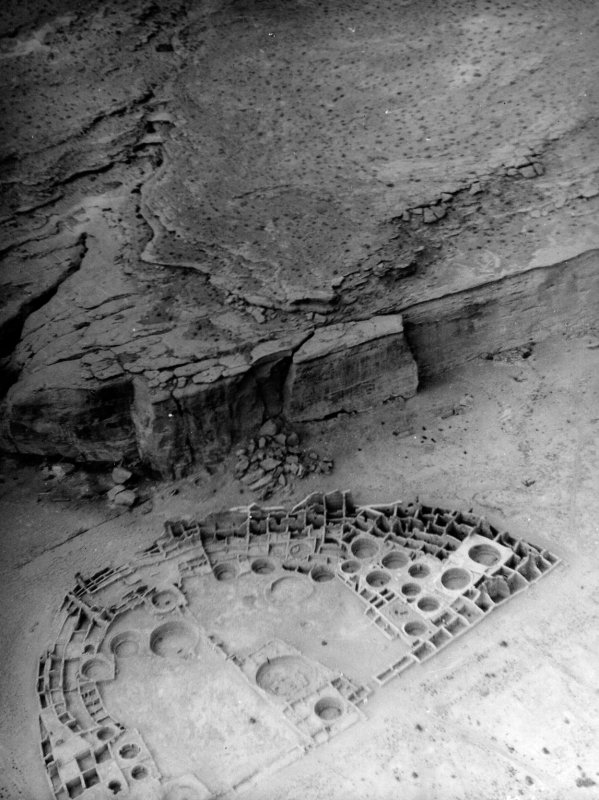 Over the space of several weeks, the Lindberghs explored the Four Corners area from the air – blazing trails across hot desert skies previously untouched by aircraft. Charles would hang out of the cockpit to take pictures while Anne practiced her skills as a pilot. From their unique perspective, they captured aerial images of key sites such as Chaco Canyon, Canyon de Chelly, Pecos, Grand Canyon, and Meteor Crater – images that are still scientifically valuable today. In return, the beautiful landscapes and sparse population provided the young newlyweds with a welcome respite from the crowds and reporters that had hounded them since their wedding. Amid the canyons and cliff-dwellings of the southwest, they finally found the peace and freedom to have a real honeymoon.

But Lindbergh’s little-known foray into southwestern archaeology is more than a simple story of famous aviators and historic photographs. It is also a glimpse into an overlooked aspect of Arizona during the Roaring ‘20s and the growing importance of science and industry through the evolution of two very different fields: aviation and archaeology. Lindbergh’s original purpose for being in Arizona was to help the Transcontinental Air Transport company (a forerunner to TWA) set up the nation’s first coast-to-coast airline service – a landmark event that helped lead America out of the barnstormer era and into the age of modern air travel. A similar change was occurring in southwest archaeology as visionaries like Alfred Kidder and Earl Morris strove to bring professional and scientific approaches to an endeavor long dominated by treasure hunters. Arizona between the World Wars was a time of change as aircraft and automobiles increasingly integrated the young state with the larger nation while pioneering efforts in science and technology laid the foundations for a high-tech future.

To hear more about The Lindberghs’ 1929 Southwest Aerial Survey, invite Erik to talk at your organization through our AZ Speaks program.

Raised in Flagstaff, Arizona, Erik Berg is an award-winning historian and writer with a special interest in the early twentieth century Southwest and the impact of science and technology. In addition to contributing to several books, his work has appeared in the Journal of Arizona History, Arizona Highways, and Sedona Magazine. A past president of the Grand Canyon Historical Society, Berg currently lives in Phoenix.